What Is Volatile Keyword In Java 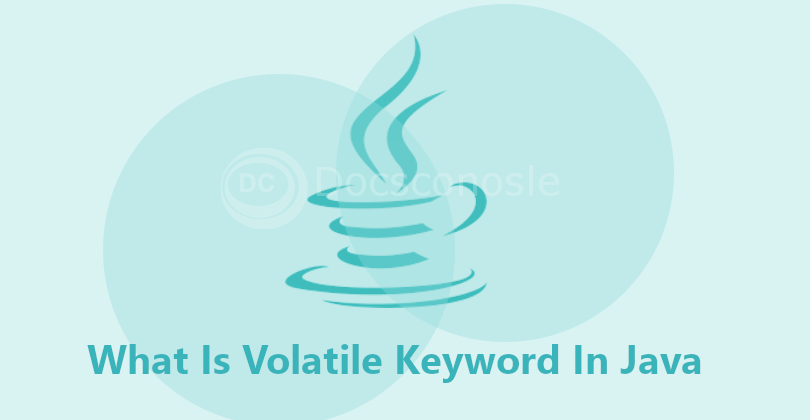 What is the Memory Visibility Problem in Java?

Please consider below given an example in multi-threading.

Two threads, as shown below, are using the same SharableObject.

Here both threads are trying to access the shareableCounter. ThreadWriter has modified the state of SharableObject and will keep the modification in Thread Cache. ThreadWriter is not aware of these modifications as these are not in the main memory. In thread execution, The Thread will not capture the internal object's state changes from Cache into Main memory. In multi-threading, as shown above, Each Thread may contain different values in respective caches. When Thread execution complete, the thread saves the result in the main memory.

Please see the diagram for a better understanding. 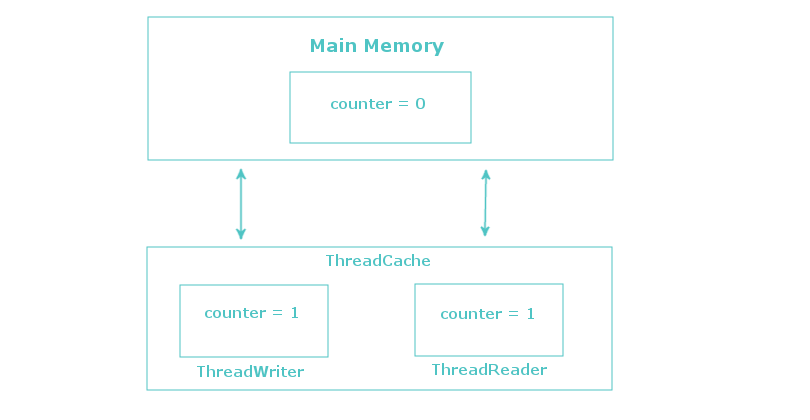 To overcome the above problem, Volatile is one of the options. Volatile will make threads to save the intermediate modifications into the main memory. So other threads can aware of these modifications.

Example of Volatile keyword in Java

Difference between Volatile and Synchronized?

Usually, each thread will be created in the different CPU cores. Once the thread complete with its execution, it is required to write all the result data from CPU Cache to the main memory where data consistency will have occurred.

This aspect will take care of memory visibility to Main Memory when modifications have done in Thread Cache. Generally speaking, In multi-threading, the intermediate changes performed by a Thread execution will be stored in the Thread cache, which is the CPU cache. There is no chance of aware of all these intermediate modifications of one thread to the other threads. Thus, data changes will not be visible to the main memory. Due to this Memory non visibility, data will be inconsistent.

This aspect will take care of controlling access in multi-threading. When multiple threads are trying to access the sharable object, then there is a chance of data inconsistency. With a synchronized keyword and block, it will be getting the lock of the monitoring object. When the thread's execution complete, all the result data were updated in the CPU's main memory.

When to use Volatile in Java?

When we have read-update-write of a variable in multi-threading, volatility can be one of the options. It is better to understand very well about the use case.

Even though Volatile guarantees to handle Memory visibility, there are some problems with the volatile keyword. The most useful case is when one thread is for writing, and one or more is for reading.

If Threads count is more for reading and writing the sharable data, it is not a fair use case for the Volatile keyword.

For example, we have a shareable object with multiple threads. The shareable class has given below.

Here, all the write operations should be happening before the reading. The order is significant.

Suppose one Thread-write-1 is modifying all the variables. But the modification order is income after that phone. But other threads can access the same object and can try to change before Thread-write-1 modification. So data will not be in sync with write operations with the reading operation. Writing changes from thread cache to the Main memory is one of the expensive procedures. In the case of multi-threading, the chance of increasing the number of reads and writes between thread cache and main memory.

So volatile will be tweaking the performance in program execution. So it would be best if you think twice before using the volatile keyword in Java.