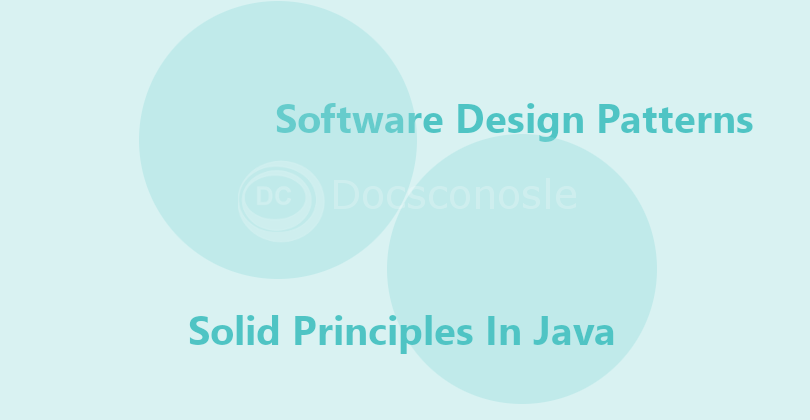 The current tutorial explains the solid principles in java with various examples. The SOLID Principles are

If you want to change

It is one of

Suppose you want to implement open API such as Java APIs, you need to provide only specifications. Different vendors can implement their own implementations. This is nothing but Open for extension and closed for modification. Considering the below example for better understanding the

It is an extension of the Open/Closed Principle. This principle states that

As a scientific definition, it isn't easy to understand. In general words, it is described as each superclass should be replaceable with its subclass object. In other words, every overridden method of the subclass should have the same type of input parameters as in the superclass. We will be discussing this concept to understand.

We will consider an example for the same MealPacker as defined above.

So When you order the VegMeal, the Meal object is not replaceable with the VegMeal object as not possible to implement getNonVegCurryItems() method. So need one more segregation for this.

The above-given classes are exactly replaceable for a Meal with its subclasses objects when we order the veg/non-veg meals.

We will see the example for better understanding So we can apply it in development.

But we will go for a bike or car or bus but not possible for all at a time. So if we segregate one interface with three interfaces then we can use the required interfaces for repair.

The last principle of SOLID is

We will understand this loose coupling between software modules where it will be very very useful for implementation and maintenance.

So here Meal and MealPacker classes are tightly coupled. It is not against the dependency inversion. Higher and lower modules should be coupled on abstractness.

To follow this principle we need to create one more interface on top of the Meal.

So we can pack Veg or Non-Veg Meal as a Meal is the abstraction of VegMeal and NonVegMeal classes.

In this way, you can pass VegMeal or NonVegMeal object into MealPacker class. So decoupled is happened between Meal and MealPacker.